Home > Blog-top  > What has disappeared from the streets of Kyoto - Come to think of it, they're not here.Part.3 -

What has disappeared from the streets of Kyoto – Come to think of it, they’re not here.Part.3 –

“The puff-puff tones of the tofu maker coming from outside.”

In the past, I would see middle-aged women who went out from their homes hurry with bowl on their hands soon after they heard the tones. I feel it was more delicious for any reason to buy tofu and fried tofu ordinarily.
I think it is natural that it got to not be seen as now is the era of both parents working. Instead, it is the era when we can eat by ordering with Uber or something. There are sometime even now when the baked sweet potato vender is coming in my neighborhood. Although it is pricy a little, I thought I would buy it next time the vender comes near.

I don’t see them at all anymore due to the influence of compulsory corona stay-home campaigns. Especially, the sight of children flying kites and playing hakoban at New Year’s got to be the landscape in the past peculiar to Showa era and earlier. Now, instead of kites, we have drones flying in the sky, graffiti in ink on faces, etc. It’s a world only in cartoons, and if it actually happened, it would probably be “bullying”.

Uncle wig (barcode) from all angles.

I still see them very occasionally, but the occasions decreased dramatically compared with before. It is no longer an endangered species. As the male scalp situation should not change, it is due to improvement of hair transplantation technology or because of the increase of people who make a courageous decision as they realized that it would be more graceful and cool to come out. I think this is a good trend personally and would like to send a standing ovation of bravo, sincerely.

“People who were sitting on Shijo and Sanjo Ohashi bridges to receive blessings.”

Until about 20 years ago, a few people sitting on the bridge was a common, everyday sight. It just disappeared from the city abruptly. What I cannot forget is the sight of too young and ordinary man sitting up straight with a suit and nodding off with a dark look on his face in front of the board that says I was restructured. I still vividly remember the shock to me, a teenager at the time, when I witnessed that sense of despair and determination. What happened to him after that?

Well, there was a magnificent cardboard palace under a bridge somewhere, the laundry was hung out to dry in front of it and even the bicycle was parked in front of it. Every time I passed through there, I often thought that it might be that he was washing clothes in Kamo river. I never saw the landlord, but there must be no trace of that house anymore.

In this connection, I saw many people with cardboard boxes appearing from somewhere around 9 p.m.in the underground shopping mall on Shijo Street and in front of department stores after they had closed, heading to secure a place to sleep. When a cousin missed the last train, he was kindly allowed to stay overnight and was even treated to miso soup for breakfast. When and where have those people disappeared? Each of them should have had several dramas before heading to there. I even feel fright as I don’t see the sight on the contrary. I wish they had any salvation measures and are sleeping in warm futon, not just being repelled from there.

The shopping streets I live in were active when I was young and there were many shops there. I would go to there for errands or buying snacks with coins holding in my hands. Now, even in Nishiki Market, which should have been the kitchen of Kyoto, the old stores are closing one after another and being replaced by trendy stores for tourists. If I was a tourist, I felt dilemma that rather than obvious souvenir stores, I’d rather go to indigenous stores where the locals usually go and where I can taste the local culture. I would be fed up if these would be replaced with chain-stores that we see everywhere. It does not mean that I dislike them I will become sad when interesting shops which make me satisfied and have a good sense have disappeared. 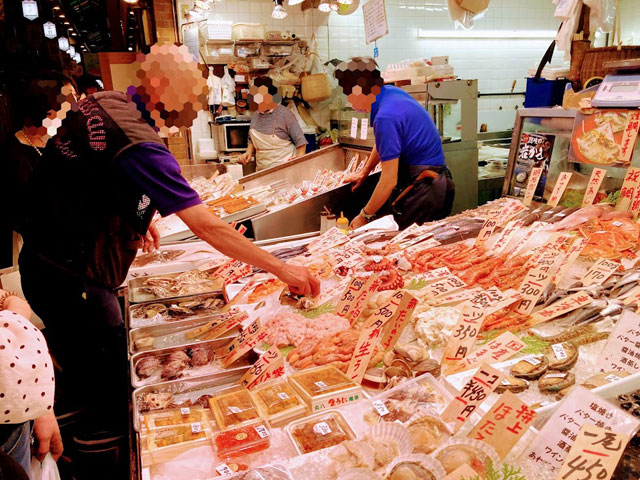 Now when the flow of era is fast. I feel it can still be faster endlessly. I was disappointed writing that I got to be old lady.

It does not mean that I am indulge in nostalgia for the good old days as they were good days. It is natural for towns and people to change and should change. What is called common sense and values that we took them granted until now is to change gradually along with the flow of time even if in the same place.

However, I want the world to make bold and courageous reforms along the times by judging what to leave to next generations and what to change with right perspectives in the transformation periods in this era. I hope that someone who can be a true leader with a fair eye to see the future will stand at the top in order to establish the sightseeing cities with various original cultural attractiveness even from the world viewpoints forever in the future. 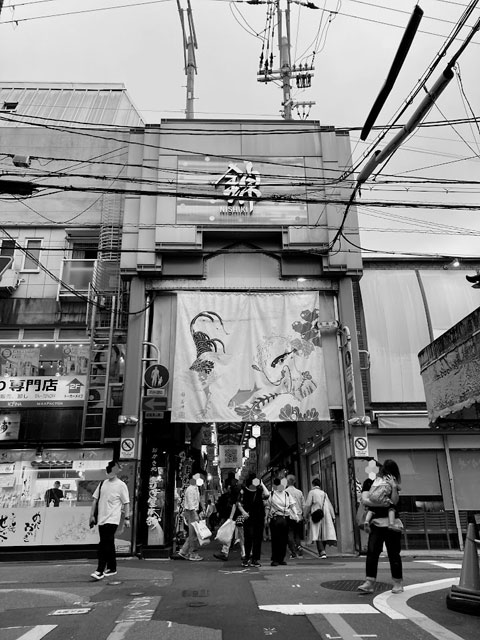 にんにん(Ninnin)
Born and raised in Kyoto, surrounded by mountains.
Hobbies include strolling around the city and enjoying short trips.
He plans to someday live somewhere with a view of the ocean.