The Four Guardian Gods of Kyoto

Hey, everyone, are you getting well? My name is Kyonosuke Heian. I’m the strongest in primates and the best master of HeianKyo super professor X in history. (←self-alleged) Such I would tell you everyone the story of my special regarding Heiankyo today. It’s a Christmas present that is early a little.

Well, let’s go for an adventure that transcends the time with me, here we go!

Do you know it? It’s about the past in Heian period when Kyoto was called Heiankyo.Heiankyo boasted its majesty as the strongest king castle that four divine beasts protected it.

The Genbu (North: administering the winter) 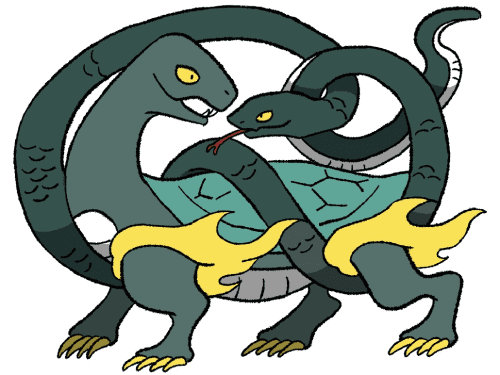 The Genbu is the divine beast depicted of the turtle appearance with a snake coiled around it. It means water in the Five Elements of Yin and Yang and Genbu shrine was built at Funaokayama in the north in Heian period. On the other hand, it was at important location as the Polaris in the north was considered as the center of the heaven.

In China, the emperor is said to have conducted the politics facing south and the palace was placed as the place for political dissemination. 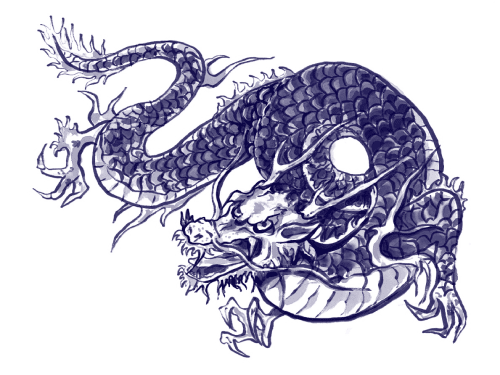 The garment with dragon embroidery, which is only allowed to be wore by the emperors in China, is said the special being among the divine beasts. It administers the trees in the Five Elements of Yin and Yang.

Feng shui dictated that the east needed a river, and the Kamo River was just the ideal place. The blue dragon is the god that is protecting the water transportation in the Kamo River. 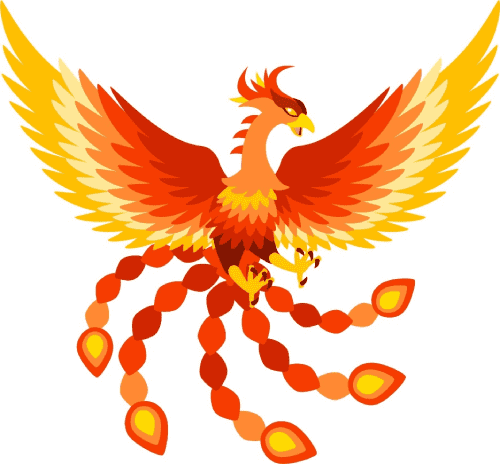 Suzaku is the divine beast that protects the south and administers fires and the summer.

Suzaku gate is the entrance gate to Heiankyo and the Boulevard leading to the inner sanctum was called Suzaku Street. Suzaku Street, which runs from north to south, requires a pond or lake to the south in Feng shui, and Heiankyo has Ogura-ike Pond (Ogura-ike).

And Suzaku Street, which runs from north to south was regarded as the passage of dragons. 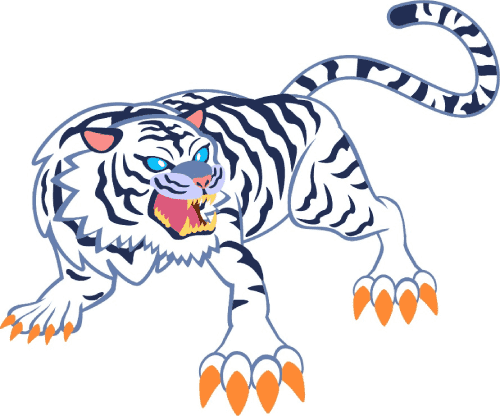 The white tiger is known as the god which protects the streets and land transportation.

It administers gold in the Five Element Yin and Yang. The metals are produced from the soils in the center. In Feng shui, it protects the streets (and land transportation) and Heiankyo was a strategic point on the overland route from Kishima-oji to the Sanyo and San’in Roads. Matuo shrine is placed as the protection god of the west and the white tiger is enshrined there.

In the past, Heian-kyo was protected by these four divine beasts and it reigned over Japan as the strongest castle.

The sky was divided into east, west, north, and south, and four divine beasts (four gods) were applied: the Genbu, the Blue Dragon, the White Tiger, and the Suzaku. Eventually, it was applied this to the five elements philosophy, which states that all things circulate in order of wood, fire, earth, metal, and water.

Each of the four directions interacts with each other, and the chi gathers in the central earth.

In the center was allocated Huanglong and Kirin. 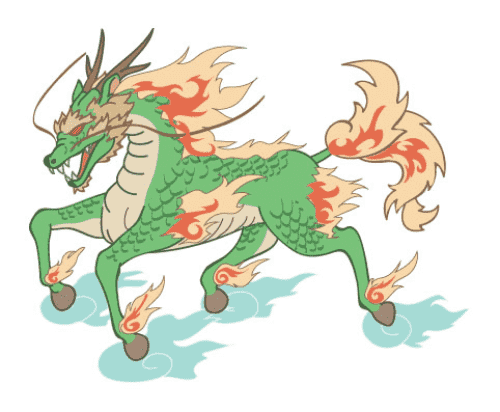 According to Feng shui, the best place was the place where dragon vein runs through the center, with the “mountain” governed by Xuanwu in the background, the “lake” governed by Suzaku in front, and the “sand” on either side.

The Heian-kyo capital was exactly as it should have been, with the four divine beasts interacting with each other to create the strongest castle that nothing could ever penetrate. 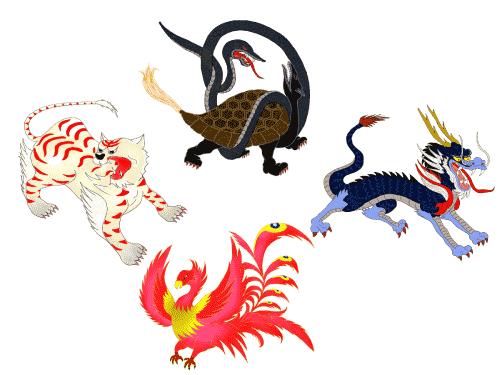 The holy divine beasts that protect the towns of Kyoto connected with the Five Element of Yin and Yang. These are just the four gods.