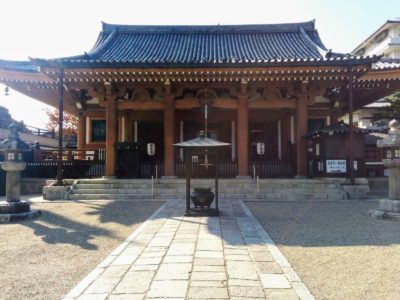 At the end of the Edo period, the Shinsengumi which was active for the purpose of maintaining the security of Kyoto, was located in the Yagi house in Mibu Village. It is said that the precincts of the Mibudera Temple were used in the Chorenba of Shinsen-gumi, and that training was performed such as Martial. In that relationship, there is a statue of Isamu Kondo and the Tomb of the Shinsengumi Brigade, the Mibu mound.

Mibudera Temple is free to visit. (excluding some exhibition rooms)

Shinsenen is a temple of Toji Shingon in Nakagyo-ku, Kyoto. It is located on the south side of Nijo Street from Nijo Castle. The original was a garden for the emperor who was built adjacent to Heian-Kyo Daidairi.

Nijo Castle is a castle that was built in the Edo period, and the one that remains now is the one erected by Mr. Tokugawa. It is the beginning and end of the Edo period, with the celebratory ceremony of Ieyasu Tokugawa's Shogun Senge, and the Yoshinobu Tokugawa of restoration rule of the Tokugawa Imperial.