Today our new staff went reporting foods.
She went to “Ramen Ten” which is near the national road 1 in Yamashina district in Kyoto city by car. 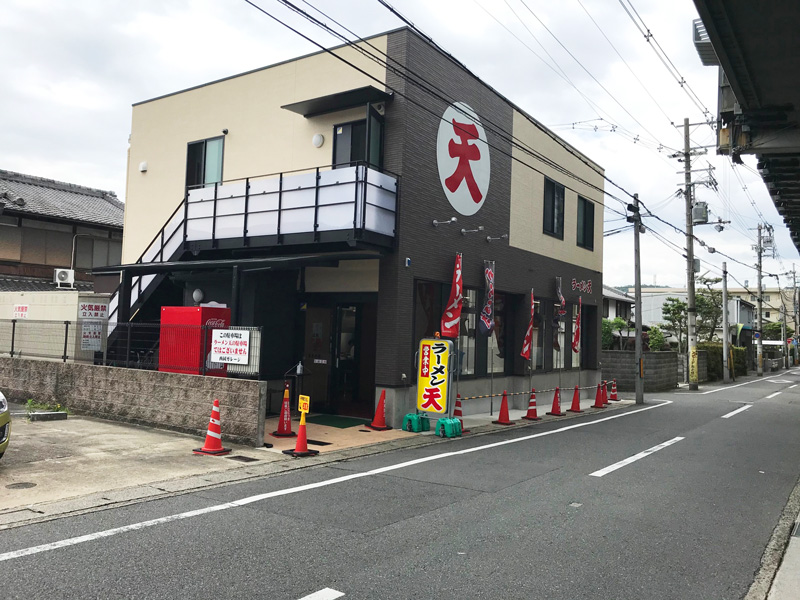 I have heard that my supervisor went to the shop, too, so it enhanced my expectation.

The shop had ten table seats in addition to some counter seats inside the shop. The shop was very spacious as it is located along the national road 1.

Since I was very hungry that day, I ordered fried chicken set. ( 950 yen )

Incidentally, we can designate the amount of blue leeks and soybean sprouts and the hardness of noodles in this shop. I ordered hard noodles with more blue leeks. 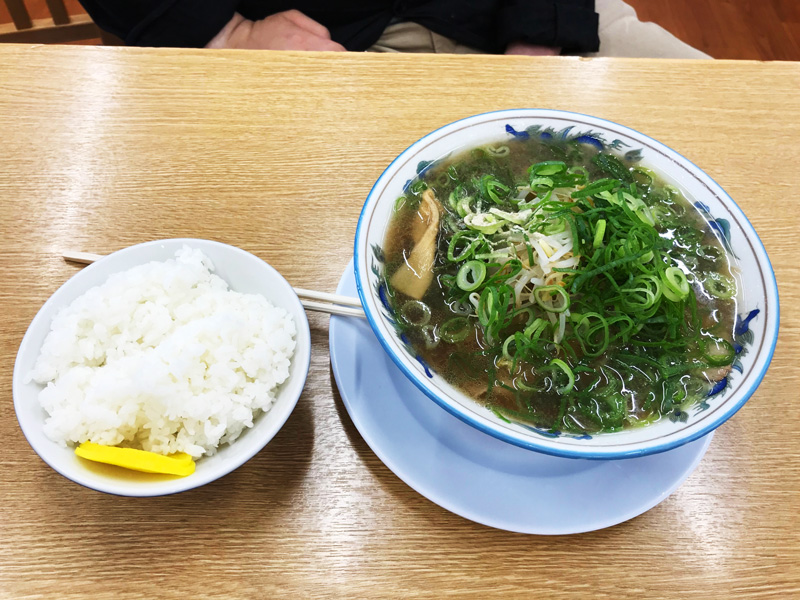 The Ramen was carried to me.
The amount of blue leeks was substantial as described in the picture.

The amount of noodles was normal.

When I ate it immediately I found the soup very light. It was like the traditional Ramen taste, wasn’t it? The taste was my favorite one. The noodles were middle-thick straight noodles, which were matched with soy sauce soup very well, It was really delicious!

I had tasted the fried chickens adjusted by adding salt and pepper.
This was also delicious!

I was also glad as we could eat kimuchi of Chinese cabbage freely.

I left the shop with great satisfaction.