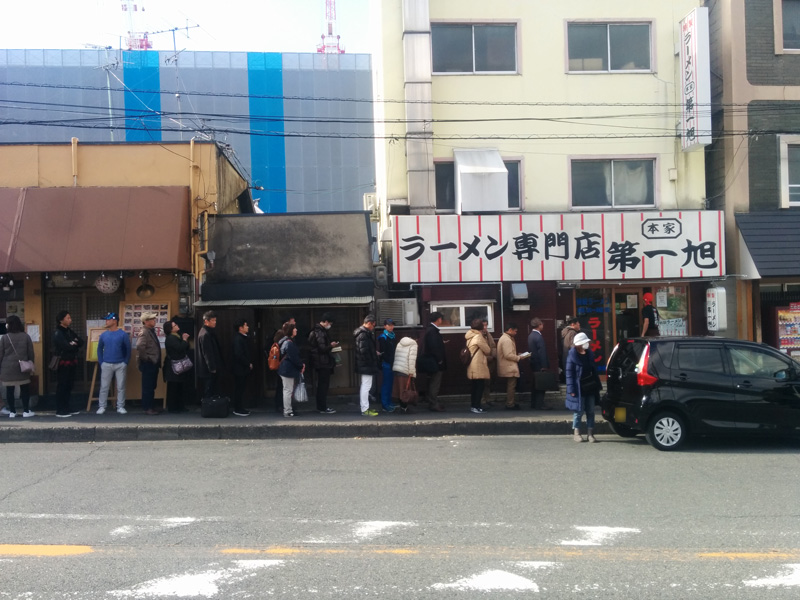 Today I went to the Daiichi Asahi by the Takabashi known as the Ramen Battle Ground. There were a lot of people in front of both the Daiichi Asahi and Shinpukusaikan. The queue for the Daiichi Asahi was longer. I arrived there around 11:40am, and I got a seat 30 minutes later. Although there are about 10 tables, you usually need to share the table with somebody else. You need to get used to it. 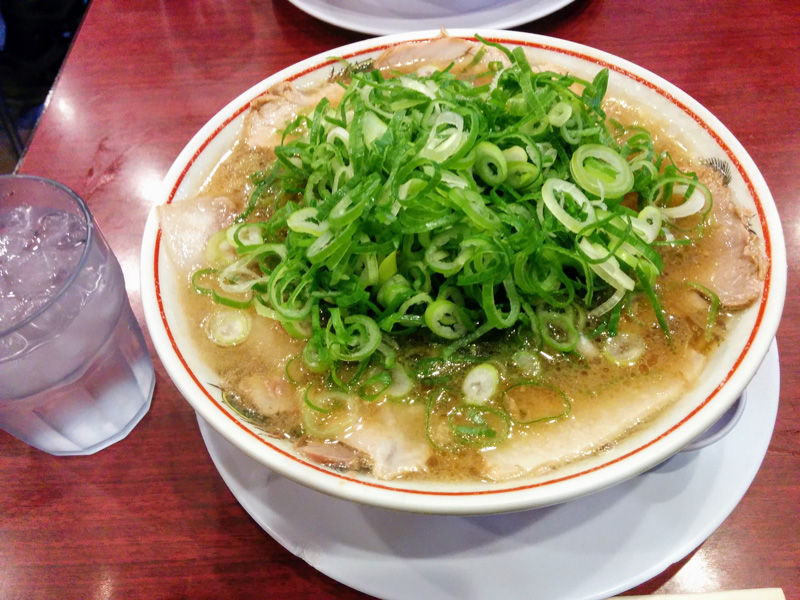 The ramen that came out was this one in the photo. The ramen looks like the ramen from Takabashi Ramen at the Bivi-Nijo. The soup taste same and it’s good. Well, of course, this restaurant is the original so they should be a like. But one things I got disappointed in is the roasted pork fillet. The roasted pork fillet from this shop was too dry. i love the soft fillet better. (The Bivi-Nijo banch one was soft and good).

Even though the shop didn’t impress me, there was a lot of customers coming to this restaurant. Each person has their preference…