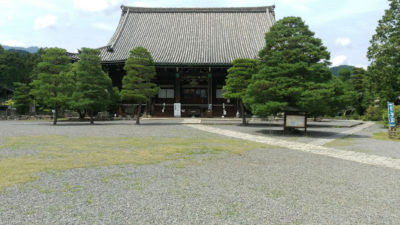 Honzon Syaka Nyorai of Seiryoji Temple is a national treasure, one of the three Nyorai of the Japan is collecting faith as an images of Buddhas, it continues to fascinate the hearts of those who worship as a living Shaka statue of three nations (India-China-Japan). Moreover, there is a splendid Buddhist image of Amidasanzon (Sagakobutsu), and it is said that this here conveys the appearance of the Hikaru Genji of Genji story.

The entrance of the Tenryu Temple of the Rinzai Tenryu Temple sect Daihonzan is located near Arashiyama Railway Arashiyama station. The founding is said to have been conducted by Takauji Ashikaga in 1339, and it is said that the purpose was to memorialize Godaigo Emperor's spirit.