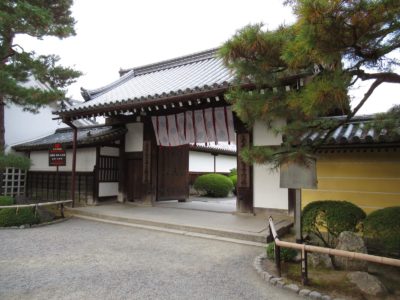 Daikakuji Temple is Honzan of Shingonshu Daikakuji faction whose founder is Kobotaishi Kukai in Saga, Ukyo-Ku, Kyoto-City. Formally referred to as Kyusagagosho Daikakujimonzeki, it is also called the Saga Imperial Palace. In the early Heian period, Emperor Saga erected a detached palace where is a new room of wedding with Empress Danrin, and this is Rikyusagain, the predecessor of Daikakuji Temple.

It is also a temple with deep involvement in the political history of Japan, such as Goudahouou did insei here.

It is near the Uzumasa where there are a lot of shooting places of the age play, the temple grounds (such as the Osawa pond and the Akechi gate) are often used for filming movies and television.

As for traffic access, you can reach the Daikakuji temple gate in about 15 minutes on foot when you go north from Keifuku Dentetsu Randen Saga station or JR Saga Arashiyama station.