I went to the Kirameki no tori Fushimi-yokooji shop that I had wanted to go long today. 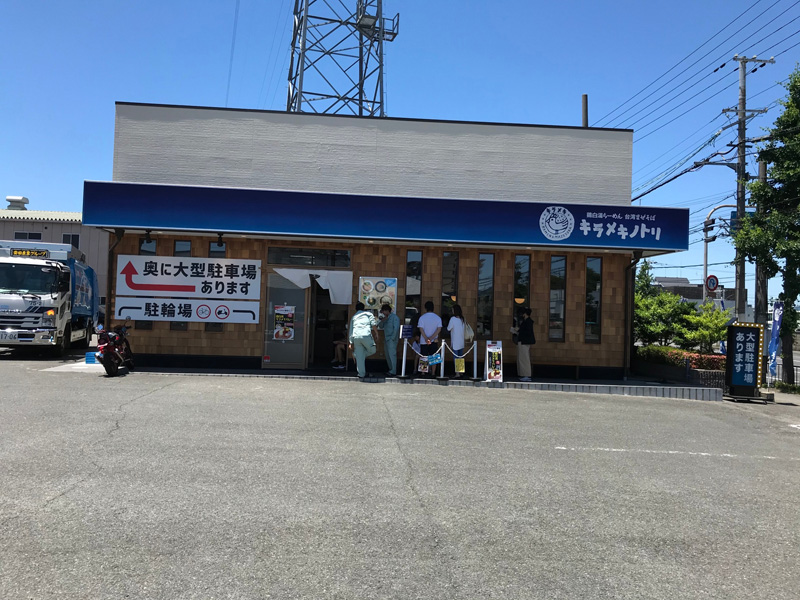 This shop opened about one month ago, and it had long standing lines of people, so I was looking forward to eating in the shop very much. Before that, I heard it was called “Benkei Ramen”.

I entered the shop and bought the food ticket first. I was at a loss what to choose from many kinds of Ramen. I thought today was special, so I ordered “Taiwan Maze soba Naotarou (with rice ) (750 yen). The types of noodles could be selected, and I ordered special large-size Ramen.

There were 9 counter seats and four table seats that up to four people could take seat inside the shop.
In the shop, there was a background music, which made me relaxing. I received stamp card of this shop from the staff, and I had a stamp pushed on it. 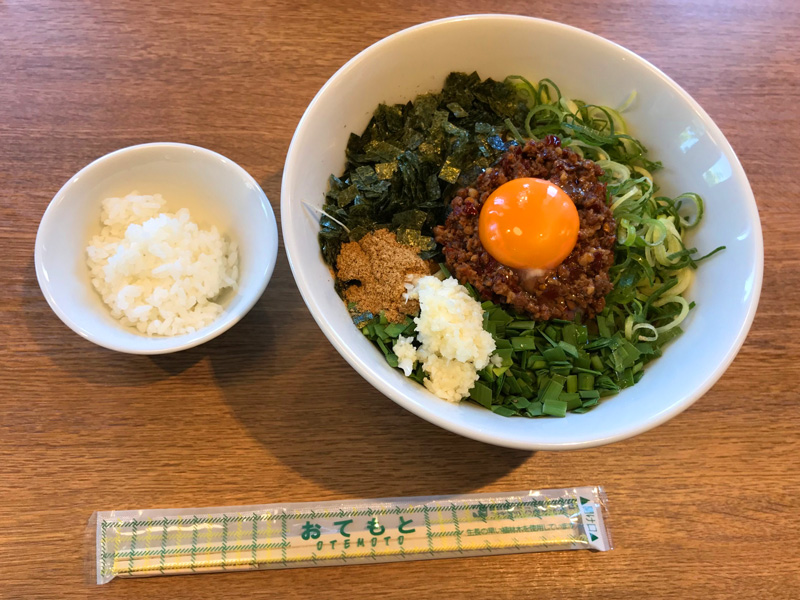 The noodles are wide straight noodles and I ate them by mixing them. Leeks, nori, garlic, fish powder, hot mincemeat and the yellow of an egg were arranged on the Ramen and I ate the Ramen after mixing them carefully. The pork-bone soup was at the bottom of the Ramen.

As for its taste, it was the taste I had ever had before due to effective spices, and the combination of vegetables and noodles was very good.