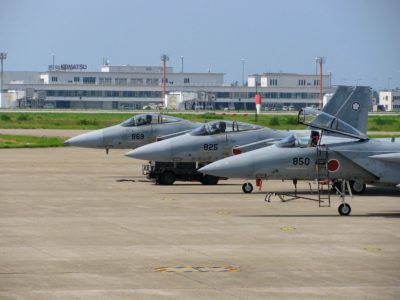 Komatsu Airbase is the only combat aircraft unit located on the Japanese sea side, and they are committed to training day and night in order to defend against the sky in Japan country. The location of this place and the foreign countries separating the Sea of Japan is near and is about one hour away by the aircraft. The size of the role of Komatsu base is also known from this situation.

They are tasked with the airspace violation measures, and we are making scramble takeoff against aircrafts of unknown nationality.

When I took pictures of this place, F-15J that is fighter, T-4 that is training aircraft, UH-60J that is rescue helicopter, and U-125A that is twin‐engine aircraft were active.

The Maizuru Naval District was established in October 1888, then it developed as a naval base until the end of World War II. It reaches present as Maizuru District Corps of the Maritime Self Defense Force.

The Motorcar Museum of Japan collects cars that were active in Japan country in the twentieth century, about 500 automobiles are exhibited in the available state.