Home > Blog-top  > The Third Movement: The Enforcement of the Buddhist Concept of Kuya - As a Bodhisattva - Part 2 -

The Third Movement: The Enforcement of the Buddhist Concept of Kuya – As a Bodhisattva – Part 2 –

Posted date：2022-01-24
Author：じゅうべい(Jubei)  Transrator：ポンタ(Ponta)
Category：No.4 Yugyo: The Devotion of Ichibito Gonzo of the Eastern City - As a Bodhisattva, I am only a Bodhisattva. , The Sacred Biography of Heian Buddhism: Amitabha Sage (Hijiri) Kuya, ed.

The latter part: As a Bodhisattva just for the heck of it. 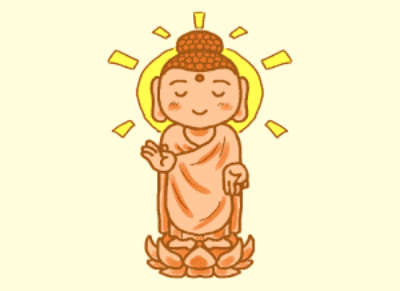 Namu means to believe and to entrust.
Namu Amida Butu means to live entrusting yourself in the unlimited light of Amida Buddha.
It is the true meaning of Amida Nenbutu.

Gonzo who was listening to my, Kuya’s story silently and was thinking for a while with his arms crossed, suddenly opened his mouth.
“Well, in short, such we are helping other people as Bodhisattva equally. And you are thankful of such me, such us. And you also thankful of Amida Buddhas who give you, their teaching. So, you recite Nenbutu and are entrusting yourself in the Amida Buddha’s teaching. Is that right?”

“Yes.
One: like the activities of people in Higashi city are so, we are always the beings who are let alive in the highly diverse relationships transcending the up and down of hierarchy. Throwing all including distinction and discrimination as Bodhisattva in the relationships and devoting ourselves to others just for the heck of it.
Two: At the same time we vow to live as Bodhisattva ourselves and thank to all people who are living as Bodhisattva, keeping your head down.
Three: To thank Amida Buddha who taught so, keeping your head down and to live entrusting yourselves in the teaching of Amida Buddha.

This is Nenbutu. And if you recite the Nenbutu once, even just once, you can reborn in the paradise Jodo, not falling into the hell even after death.

“Even for people like us who have no connection to Buddha?”
“Of course, Amida Buddha welcome all of us who live now to the paradise. Not throwing away even anyone and equally.”
“Is there the any need for us to do good doings for example, creation of Buddha statues or transcription of the Buddhist sutra?”
“No, there isn’t. recite Namu Amida Butu even just once and do what you can for others from your standing point and just for the heck of it, throwing away all including discrimination and distinction. Just this, it’s OK.”

“I see.”
Gonzo looked a little less clear.
“Gonzo, so please keep supporting the lives of many people as a merchant in Higashi city and as a Bodhisattva from now on, too. The value of you is now just there.”
“I’ll do so even if you are telling me so, so go now. I’ve had enough of your incense-smelling sermons.”
I bowed my head to Gonzo with smile, and I recited “Namu Amida Butu” once again.
Gonzo snickered, but there was no longer a look of contempt on his face, but rather a somewhat cool smile.

“Hey, you, the monk.”
As I was leaving, I thought Gonzo had stopped me over his back, and he put his palms together and recited. 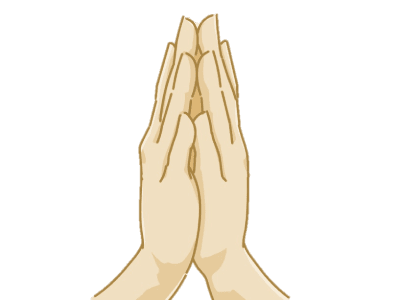 Good fight, yes, I am going to have to fight.

I have to fight against despair which suffers people and the cause of it the earthly desires. The city of Kyoto is now devastated with frequent disasters and epidemics and people are in the darkness of hesitation and suffering. My mission is to deliver lights to those people. Saving people from sufferings with the teaching of “empty” of Amida Buddha and leading to the paradise Jodo, the world of ease. That is what I should do.

I, Kuya Shaya, took this belief to heart once again and returned the prayer to Gonzo with my hands together.

Thank you, Gonzo, I also wish your good fight. 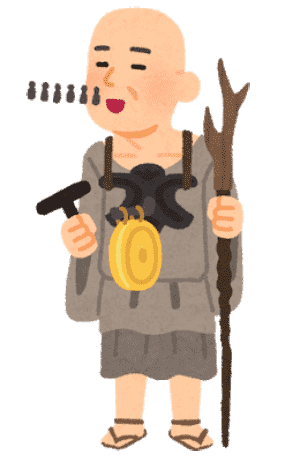 ↑Please support us by clicking here! m(_ _)m
Back to Blog-top page
« Rakuhoku Hankyu Square – No.2 –
Songs of Soumoku Jyobutsu – All Plants and Trees are Alive – »